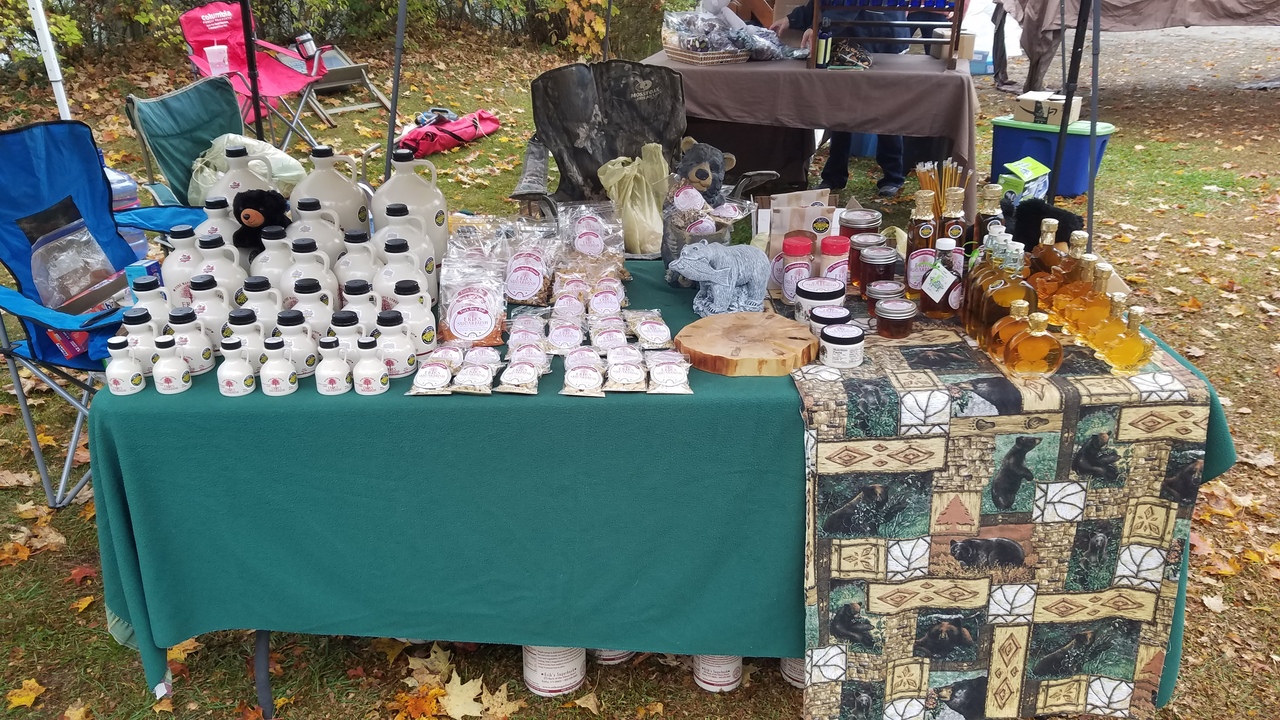 Where to Find Products:

Online website www.erikssugarbush.com, Cafe Lotti in Burke, SMD Outdoors in St. Johnsbury and at the sugarhouse in Kirby.

Can also be found at the NEK Craft Fair and the Burke Fall Foliage Festival.

Erik started this business in 1996 and produced the first syrup in 1997.  He had about 1,600 taps the first season and expanded the woods to 2.200.  In 2019, after many years, he was finally allowed to lease some state lands which are adjacent to his original sugarwoods and feed into his sugarhouse.  For 2021, with his son's help, they had 6,200 taps.  The season, while not the best, proved that the second section of the lease will work.  Now that his son has completed college, he wants to join in the festivities and Erik looks forward to his help.  For 2022 they plan on having 9,000 taps online.